skip to main | skip to sidebar

Breaking Up is Hard to Do 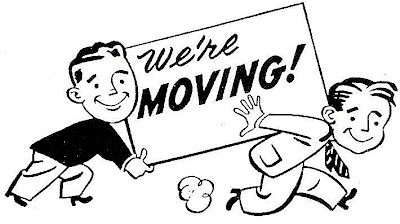 I'm moving...right now. And you can catch up with me in my new location on WordPress. I'll leave this site up if you care to look through any of my archived posts. Looking forward to seeing you on my new location. And in case you missed the hyperlink, check in on the link below. See ya there! 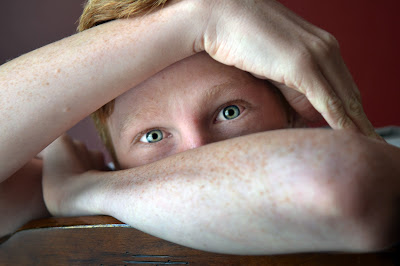 While setting up for a portrait session I had my sons sit in to help test lighting. And I was reminded of how to shoot a portrait, not the lighting, not the pose, location or lens selection. But, how important your subject themselves are. Seems like a given, yes? But it's easy to get caught up in the minor details of a shoot.
My youngest was goofing on me a bit and I wanted to him tell to stop. "Hey! I'm shooting here!" Then it struck me that he was just being himself...exactly what we're looking for when we shoot a portrait. Remember to "listen" to your subject and your own instinct and you'll make a worthy likeness of your subject every time. 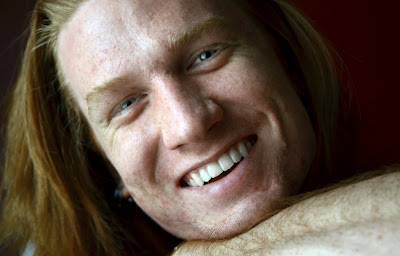 My paternal grandmother, Yolanda Rose (Helen) Divincenzo Sforza will be 97-years-old tomorrow. I don't think she knows that. I am not even sure she recognizes me anymore. And it feels like a betrayal to say that.


My wife and kids and I visited "Nonna" this past weekend. She was small, frail and quiet...three things I have never associated with this power Italian-American woman born to an immigrant family in a Western Pennsylvania coal mining town. I guess that sounds like the beginning of an obituary...and I suppose it is.

My grandmother's condition has deteriorated quite a bit since the last time I saw her...it was disturbing. Her voice was barely audible and I was certain she didn't have a clue who we were, at least not right away.

I have spent my entire adult life as a photojournalist making difficult photos of emotionally charged scenes. It is not that it did not bother me...it just was not MY family. And I have always sought to bring as much grace and dignity to the photos as possible, because I needed to make the photo. It is my job. 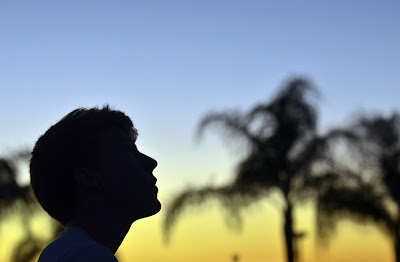 This weekend, starting tomorrow actually, my youngest, Noah, will show his photographic works for the second year in a row during Art for Heaven's Sake.

I am very proud of him. He's managed to develop his own unique photo style. I suppose it doesn't hurt that his Dad is a photographer. But, it's really more about friends of mine like Tony Maher who have mentored him during the last two or three years.


As the industry continues to change...I continue to lag behind. So, I've begun shooting video with the Nikon D5100. Nothing special, no edits, music, titles and or credits. Just plain "gun and run."

Live to Eat, Eat to Live


One of the things I enjoy about being a photojournalist, is you have to be a photographic "jack of all trades."

You would think the standard fare of the working photojournalist is news and sports. And while these are the assignments most of us enjoy, we're often challenged with a wide range of photographic disciplines.

During my time as a photojournalist I've shot fashion, studio, medical, wildlife/nature and of course food photography. As a photo editor it's important to recognize which particular discipline your photographers are good at. But, I'd like to think that each of us enjoys a challenge with something we're not particular well versed in.

Food happens to be my challenge and each of these shoots presented their own set of obstacles. The chili photo was made in the studio on rather short notice. So, I stayed with the basics. A softbox off to the upper right, black background and another light with a red gel "raked" across the back drop. The advantage here happened to be our "gear locker" in the studio that has accumulated a life time a props. The french toast was shot at the food writer's home. There was very little room to set lights, so I used a single flash on a chord off to the left with a reflect from the lower right. The light at the top of the photo is from a sliding glass patio door.

And the plating? Thank God I've been watching Top Chef.
Posted by Rick at 3:22 PM No comments:

Just when I start to think I've had all of this business I can stand...I have a day, or in this case, a week like this week.

Not sure how many meetings I missed but when weighed against....hmm, say....shall I go to another meeting or should I grab my gear and hit the street? I think hitting the street wins every time.

Whew here it is 6:00 Friday night and time for a cold one! Maybe I'll ran across news on my way home. Breaking news or a beer? The beer will still be cold!
Posted by Rick at 6:10 PM 1 comment:

Rick
What started as a 31 day photo project has become something more. It's been a terrific spiritual photographic journey. It's been a wonderful opportunity to shoot photos and tell stories. At Day 31 I decide I would continue the journey of shooting photos and telling people's stories as well as my own story.

Cast a vote for my blog!

Watching you watching me!